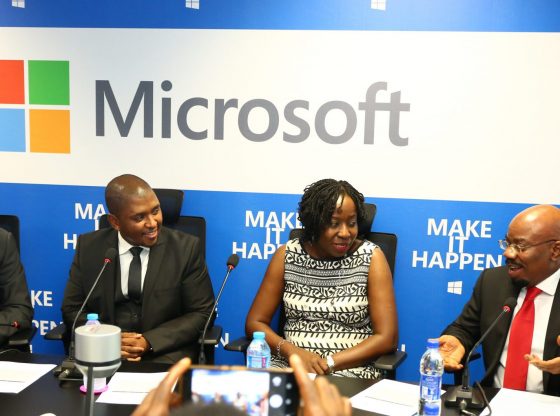 Jumia Technologies AG has announced a gross profit of €15.7 million (₦6.34 billion) for Q1, barely one month after it listed on the New York Stock Exchange. This indicates an increase of 82.3 percent from €8.6 million recorded in Q1 2018. The firm recorded gains is primarily due to an increase in Marketplace revenue. According to the report, the Gross merchandise volume grew by 58 percent, leading to a 102 percent increase in Marketplace revenue. Gross profit margin as a percentage of GMV increased from 5.6 per cent in Q1 2018 to 6.5 per cent in Q1 2019 as a result of increased platform monetisation. The adjusted EBITDA loss as a percentage of GMV improved from negative 19.8 percent in the Q1 of 2018 to negative 16.4 percent in Q1 of 2019. Sacha Poignonnec and Jeremy Hodara, co-CEOs of Jumia said the firm is increasingly relevant for consumers and sellers in Africa as it looks ahead with a focus on core operations, driving consumer adoption and engagement of the marketplace with increasing penetration of JumiaPay and continuous improvement of its financial profile.

MTN Nigeria is to be officially introduced on the Nigerian Stock Exchange on Thursday as it announced ₦48.4 billion Profit After Tax for Q1. This represents a 50.2 percent increase compared to ₦32.2 billion recorded in the corresponding period in 2018. Breakdown of the report showed that the company grew its revenue by 13.2 percent to ₦282 billion driven by voice, accounting for 74.9 percent of the total revenue. Data business, the firm said, contributed 16.6 percent, while Fintech and digital businesses accounted for 2.9 percent and 1 percent of the total revenue respectively. Other sources accounted for 4.5 percent. EBITDA margin improved to 53.3 percent in Q1’19 from 41.8 percent in Q1’18. Further breakdown of the result showed that Average Revenue Per User improved by 1.1 percent Year-on-Year to ₦1,510, total subscribers increased by 3.6 percent to 60.3 million, while data subscribers improved by 5.6 million to 20.4 million. MTN, the firm said, remained undisputed leader in the telecom industry with market share by subscribers and value of 39 percent and 50 percent respectively.

Data from the Nigeria Electricity System Operator, an arm of the Transmission Company of Nigeria showed that the country’s power generation dropped by 1,682MW on Monday to 2,441MW. This is compared to the 4,129.2MW it generated a day before. According to the data, the total power generation rose from zero megawatts as of 0600 on Friday to 3,235MW on Saturday. The power grid reportedly collapsed on Wednesday and Thursday last week, worsening electricity supply in many parts of the country. The system collapse was the worst ever, according to the Managing Director, TCN, Usman Mohammed, since he took over the leadership of the company. The system operator put the nation’s installed generation capacity at 12,910.40MW; available capacity at 7,652.60MW; transmission wheeling capacity at 8,100MW; and the peak generation ever attained at 5,375MW. Nigeria generates most of its electricity from gas-fired power plants, while output from hydropower plants makes up about 30 per cent of the total. The grid has continued to suffer system collapse over the years amid a lack of spinning reserve, the generation capacity that is online but unloaded to respond within 10 minutes in compensation for generation or transmission outages. Out of the five power stations meant to provide spinning reserves, none has any actual reserve, with the contracted reserve put at 295MW. The power stations are Egbin, Delta, Olorunsogo NIPP, Geregu NIPP and Omotosho NIPP.

Microsoft has announced plans to site its proposed $100 million Africa technology development centre in Nigeria and Kenya over the next five years. The company said on Tuesday that it will hire 100 full-time local developers to work in the new Africa facility with the initial sites in Lagos and Nairobi. The developers, who will be employed by the end of this year and expand to 500 by the end of 2023 are to customise Microsoft applications for the African market and to develop new ones for the continent and beyond. This, according to Microsoft, is an opportunity to collaborate with partners, academia, governments and developers, driving impact and innovation in sectors important to the continent, including financial technology, farming technology and off-grid energy. Alphabet, Facebook and other global tech giants, have been increasing investment on the continent in recent years to take advantage of growing economies with rising access rates to the internet by a youthful population. Microsoft, which already has six other development hubs located elsewhere in the world, said Engineers at the new Africa development centre will build applications using artificial intelligence, mixed reality and machine learning. The new Africa development hub will also support Microsoft’s established businesses such as Office, Azure and Windows, the company said.