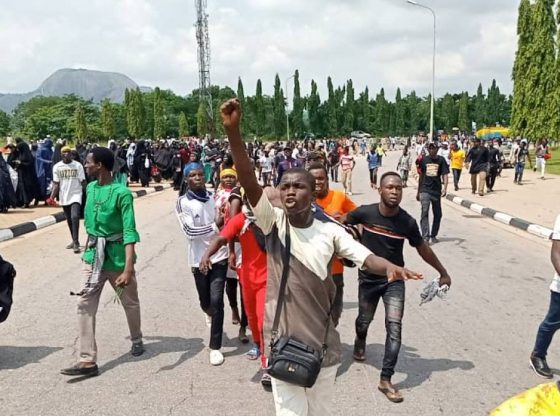 News |
A panel set up to recover public property has claimed that ExxonMobil owes the FG up to $1.6 billion (about ₦684 billion at ₦360/$1). The Okoi Obono-Obla led panel said the money represents the balance of the renewal fee of $2.5 billion (₦900 billion) for three oil blocks, Oil Mining Leases 67, 68 and 70, which the company has allegedly refused to pay since 2009. Obono-Obla said that the company had not honoured last year’s demand for the payment. The panel will lodge a complaint against the firm to the American government under the US’ law of Foreign Corrupt Practices Act 1977, which prohibits American companies doing business abroad from indulging in corrupt practices. Meanwhile, the panel had on 13 June 2018, sent a letter to Mobil’s Managing Director, giving the firm three weeks to pay the alleged outstanding balance of $1.9 billion to the Federation Account.
President Buhari’s failure to constitute the FEC is hindering the conclusion of the sale of Afam Power and the Yola Electricity Distribution Company. Members of the National Council on Privatisation, which has the statutory role to approve the sale of the companies are drawn from the FEC. The technical and financial bids of the firms have already been concluded. The Minister of Finance, by tradition, is the Vice-Chairman of the council, headed by the Vice-President, Yemi Osinbanjo. Some other members of the cabinet, which has yet to be constituted by the president are members of the council. The Technical Committee of the NCP had approved the ₦124.3 billion bids for AFP and YEDC but the process could not proceed since the NCP couldn’t sit without forming a quorum. Transcorp Power Consortium had emerged the bid winner for 100 percent equity in Afam Power with an offer of ₦105.3 billion at the financial bids opening for the two power companies in April this year. Quest Electricity also won the bid for 60 percent equity in YEDC with a bid of ₦19 billion.
The police on Tuesday said two of its officers were shot by suspected members of the Shiite Islamic Movement of Nigeria. A protest by the Shiites at the National Assembly turned violent when the protesters tried to force their way into the assembly complex. Witnesses had said at least two of the police officers guarding the assembly complex were shot. The Shiites have been demanding the release of their leader, Ibrahim El-Zakzaky, who has been detained by the government since December 2015. Over 340 Shiites were killed by the army in December 2015 after the army accused the Islamic sect of blocking a road. Anjuguri Manzah, the Abuja police spokesperson, said 40 Shiite protesters were arrested.
The National Cashew Association of Nigeria says that cashew production in the country has reached 260,000 tons this year. This is compared to 90,000 tons recorded in 2011. The nut, the association said had recorded improved earnings and contribution to Nigeria’s economy, particularly in 2017 when it was the number one non-oil export contributor to the economy. Nigeria is ranked as the fourth-largest producer of cashew nuts in Africa alongside Côte d’Ivoire, Guinea-Bissau, Benin, Burkina Faso, Ghana, Senegal and the Gambia,  and seventh in the world, with the bulk of its raw cashew nuts and cashew kernels exported to Vietnam and India.