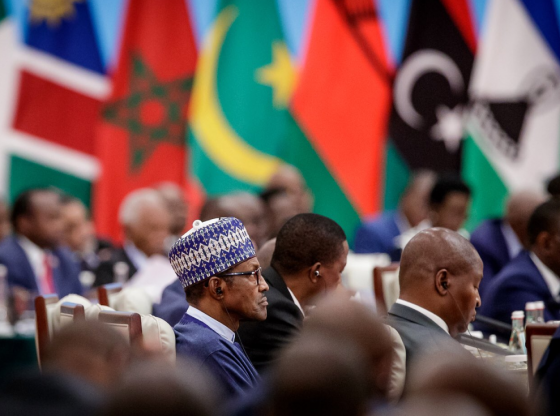 The NNPC spent ₦771, 391,262,249 in the 13 months from October 2018-2019 to ensure that the pump price of petrol remained at ₦145 per litre as directed by the FG. The state oil company, according to its recent report, imported 21 billion litres of petrol through its Direct Sales-Direct Purchase crude for product swap scheme between January 2018 and January 2019 while about ₦155 billion was spent on repairs and maintenance of petroleum pipeline across the country. The NNPC also recorded deficits of ₦2.4 billion and ₦28 billion on crude oil and products loses respectively. There is a rising concern that the country is spending a lot on fuel subsidy, as it tops the list of NNPC’s spending for the 13 months. Experts, including the former CBN governor and current Emir of Kano, Sanusi Lamido, have warned that the country is on the threshold of bankruptcy following unfavourable economic policies such as subsidising petroleum products and electricity tariffs. It was earlier reported that Nigeria spends the sum of ₦39.9 billion monthly on Petroleum subsidy payment. the IMF has also urged the FG to remove fuel subsidy, stressing that the removal could positively improve the country’s slow economic growth.

A Federal High Court in Lagos has fixed October 16 for further mention in a suit seeking the winding up of the sponsors of the Big Brother Naija Show, Payporte Global System. The petition, filed by Vacant Board before Justice Ayokunle Faji, was earlier fixed for mention on Tuesday. The petitioner had filed a debt recovery suit against Payporte, before a Lagos High Court in 2015. The Court had in its judgment delivered on 27 May, 2016, awarded the sum of ₦23.1 million against Payporte. However, Vacant Board contends that on 27 February, 2017, the respondent made a part payment of ₦5 million, leaving a balance of ₦17.1 million, which it has failed to liquidate till date, in spite of several demand letters. It, therefore, filed a winding up petition before the Federal High Court on December 29, 2017, asking it to wind up the company. Meanwhile, Payporte is challenging the jurisdiction of the court in its notice of preliminary objection on 25 April, to entertain or even hear the petition. According to the respondent counsel, Ogedi Ogu, the petition for winding up failed to comply with the provisions of sections 5 and 6 of the Companies Winding-Up Rules, 2001.

Nigeria has agreed to sign the African Continental Free Trade Agreement (AfCFTA), with the goal of creating a single market and free movement on the continent, after extensive domestic consultations. The government said this on its official Twitter handle. Nigeria will sign the AfCFTA agreement at the Extraordinary Summit of the African Union scheduled for 7 July, 2019 in Niamey, Niger. The decision came almost a week after the president committee on the Impact and Readiness Assessment of the Agreement Establishing the AfCFTA, set up in March, submitted its report to President Muhammadu Buhari. The country abstained from signing the agreement initially, saying it was weighing the effects it will have on its economy. Being the continent’s biggest market and bedevilled by porous and poorly manned borders, Nigeria was wary it may become a dumping ground for all sorts of goods, especially those not made in Africa. According to the African Union’s commissioner for trade and industry, Albert Muchanga, Nigeria ratifying the agreement is a “good and important development.” AfCFTA came into effect in March with 52 out of 55 countries backing the policy. The Brookings institution described Nigeria’s decision to not ratify the agreement at the time as “baffling”. Two countries – Eritrea and Nigeria’s neighbour the Republic of Benin – are yet to sign the agreement.