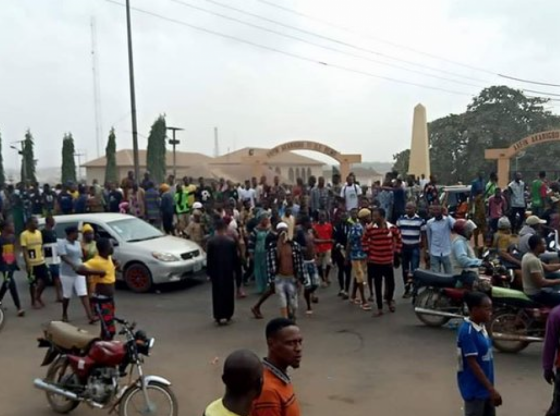 Nigeria’s economic growth rose to an annual rate of 2.55% in the three months to the end of December, its highest quarterly growth since a 2016 recession, the statistics office said on Monday. The economy, Africa’s largest, expanded by 0.27% in the previous quarter and 0.17% in the same period a year earlier. The country has struggled to shake off the effects of a 2016 recession that ended the following year. Nigeria has been grappling with low growth since then. Growth rose to an annual rate of 2.28% in the third quarter after production of its main export, crude oil, rose to a more than three-year high. Crude production in the fourth quarter stood at 2 million barrels per day, up from 1.91 million in the same period of the previous year, the statistics office said.

The Nigerian Airspace Management Agency (NAMA) says it has commissioned its newly installed category 3 instrument landing system (CAT3 ILS) at Runway 18 right, at the Murtala Mohammed International Airport, Lagos. Fola Akinkuotu, managing director of NAMA, said the agency had also commissioned CAT3 ILS at Runway 22, at the Nnamdi Azikiwe International Airport in Abuja. Akinkuotu said the commissioning of the newly installed DVOR (doppler very high-frequency omni-directional radio range) in Lagos was successfully carried out just as routine flight calibration had also been carried out on Runway 18 Left in Lagos. Akinkuotu said a notice to airmen (NOTAM) has been disseminated to this effect. He said calibration of navigational aids in other locations across the country was in progress to ensure all navigational aids in Nigeria that are due for calibration were covered.

Five people, including two policemen, were feared dead on Monday after hundreds of people flooded streets in Sagamu, Ogun State to protest the killing of a footballer Kazeem Tiamiyu. Tiamiyu, a player with Remo Stars Football Club, was killed on Saturday after policemen attached to the Zonal Intervention Squad alleged he was a fraudster. Consequently, the residents, who carried placards and green leaves on Monday morning marched round Sagamu, demanding the scrapping of the Special Anti-Robbery Squad. The protest turned bloody after policemen deployed to quell the situation allegedly opened fire on protesters and threw teargas canisters into the crowd. Three civilians were hit by stray bullets and two of them allegedly died on the spot while the third person passed on while being rushed to the hospital. In retaliation, the crowd attacked the policemen, allegedly killing two of them in retaliation while bonfires were set along major streets causing obstruction of movement. Ogun State Police Commissioner, Kenneth Ebrimson, denied that policemen opened fire on protesters.

Electricity distribution companies in Nigeria said they have offered to return their licences to the FG on two different occasions. In reaction to a statement credited to power minister Saleh Mamman that DisCos should either show they have enough capacity to distribute electricity or step aside for other investors, the executive director of research and advocacy of the Association of Nigerian Electricity Distributors (ANED), Sunday Oduntan said the FG refused the offer on both occasions. He added that as long as the regulator does the right thing that is consistent with the tenets of the agreement signed with the private investors, the FG is free to take any action as long as the rule of law is observed. There have been calls from various quarters for the FG to review the privatisation process that held in 2013 resulting in the unbundling of the power sector.