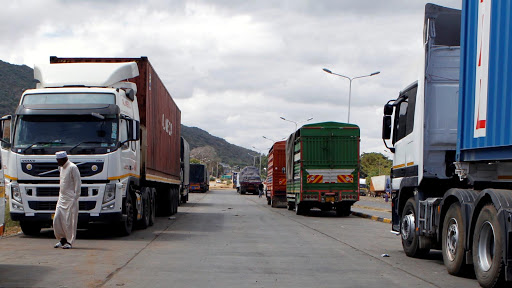 Amnesty International has accused the Nigerian military of unlawfully detaining boys and men at a rehabilitation centre for alleged members of the Islamist militant group Boko Haram. The organisation, in its report released Wednesday, criticised Operation Safe Corridor, a programme that receives financial and technical support from the European Union, the United Kingdom, the United States and the U.N. International Organization for Migration, of rights abuses since Boko Haram began its insurgency in Nigeria’s northeast. The AI said almost everyone held at Safe Corridor to date are in unlawful detention. The organisation said many people at the centre, which is based in Gombe state and aims at reintegrating former militants into their communities, are not former fighters who committed crimes, much less were charged or convicted of any crime. The report also listed alleged rights abuses by Boko Haram and criticised conditions at other military detention centres. Nigeria’s military, which has repeatedly denied any wrongdoing in response to such accusations during a decade of conflict, did not immediately respond to requests for comment, according to the Punch. Amnesty said Safe Corridor “includes positive elements”, including adult education and psychosocial counselling described favourably by people formerly held there. But at least seven men, including two who were boys when in Boko Haram territory, have died in military custody at Safe Corridor between July 2017 and July 2019, it said, adding that the rehabilitation, meant to last six months, can go on for over three times longer. Conditions at Safe Corridor, according to the AI, were “significantly better than at other military-run detention facilities,” where the report said security forces beat and torture children and adults they suspect of being Boko Haram members.

The IMF has advised commercial banks to retain their earnings by suspending payment of shareholders’ dividends during the COVID-19 pandemic. The Managing Director of the Fund, Kristalina Georgieva, making the call in an opinion article entitled ‘Halt bank dividends and buybacks now’, on the organisation’s website, said retaining earnings through suspension of dividend payments would provide banks with enough capital to serve as a buffer against the adverse effects of the pandemic that has affected many countries of the world. She noted that regulators required banks to increase their prudential buffers of high-quality capital and liquidity after the 2008 global financial crisis. The development strengthened the resilience of the financial system, Georgieva said. The IMF boss added that the resilience will be tested as countries brace up for a deep recession in 2020, and only partial recovery in 2021. Pointing out that the resources available to banks were substantial, she disclosed that the IMF staff calculated that ‘the 30 global systemically important’ banks distributed about $250 billion in dividends and share buybacks in 2019. “This year, they (banks) should retain earnings to build capital in the system,” Georgieva said as she admitted that suspension of dividend payments would have unpleasant implications for shareholders, including retail and small institutional investors “for whom bank dividends may be an important source of regular income.”

The World Bank has approved $346 million for two projects aimed at strengthening resilience and livelihoods in the Lake Chad region. The projects, which are to be financed through the International Development Association, will be shared between Cameroon, Chad, Niger, and Nigeria. The Multi-Sectoral Crisis Recovery Project, which is expected to enhance coordination among communities in Adamawa, Borno and Yobe states and other Lake Chad countries, will help the FG to improve access to basic services and livelihood opportunities for crisis-affected communities in the states. The bank allocated $176 million for the project. The project expands the ongoing $200 million MCRP project and puts an increased emphasis on support for agricultural livelihoods and investments. The MCRP AF is also expected to provide support for labour-intensive approaches and works programs, promote rural and regional connectivity, rehabilitate market infrastructure, and prioritise climate change adaptation and mitigation. The Lake Chad region suffers from poor development and economic indicators compared to the averages in other areas in the four countries, the World Bank said. It added that there are significant gaps in infrastructure, access to basic services is poor, and natural resources and livelihoods are severely impacted by climate change. The situation in the region had been worsened by insecurity due to the activities of insurgents since 2009. World Bank Director of Regional Integration for Africa, Deborah Wetzel, said the Lake Chad region remains a priority area of engagement as a result of the common nature of the challenges faced by the sub-region and the huge potential for regional cooperation.

Trading across borders in West Africa has been very challenging even as restrictions imposed by governments of the countries in the region in response to COVID-19 are crippling the trade in perishable goods and livestock like never before, commercial data and interviews with traders have shown. Reuters said ordinarily, it takes traders like Boureima Diawara two or three days to truck mangoes the 1,200 km (745 miles) from southern Mali to Senegal’s seaside capital Dakar. But with the coronavirus restrictions, it takes some shipments more than twice as long. Transporting the perishable goods comes along struggling with border delays and a dusk-to-dawn curfew in Senegal. The challenges have led Diawara’s workers, for instance, to end up dumping sacks of rotten fruit in a landfill. The breakdowns in trade are contributing to fears of a spiralling food crisis as the United Nations says the pandemic could cause the number of West Africans living in food insecurity to double to 43 million in the next six months. While some countries have been able to rely on healthy pre-crisis stocks to keep the price of staples such as maize and rice relatively stable, more time-sensitive supply chains are fraying and legions of independent traders are taking the hit. The Permanent Interstate Committee for Drought Control in the Sahel said West African traders of perishable produce and livestock have seen losses of 10-30 percent since the restrictions as transport is disrupted and markets close while illegal tax collection at checkpoints has leapt nearly 50 percent. A separate survey by Réseau Billital Maroobé, a collective of West African herders, showed economic activities were at a standstill for 42 percent of herders in the region as of last week. Though some countries governments have started to ease restrictions in an effort to reduce the economic toll, including reopening some markets and shortening curfews. The African Development Bank’s director of agricultural finance and rural development, Atsuko Toda, praised governments for shunning policies like export restrictions that fuelled price spikes during the 2007-08 food crisis. But traders remain anxious as they settle in for what the World Health Organization says could be a prolonged outbreak on the continent, even though it has so far avoided the exponential growth in cases and deaths elsewhere in the world. The new coronavirus restrictions are simply compounding the pains of traders in Benin after neighbouring Nigeria closed its border in August to crack down on smuggling. Benin’s government has now shut its four land borders in response to COVID-19 and while they remain open to commerce, traders say health checks have significantly slowed crossings.