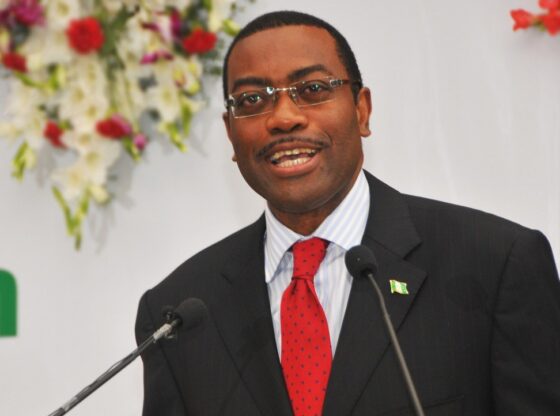 An oil trading firm, Samano Sa De CV, has alleged that NNPC officials diverted and stole 48 million barrels of crude oil in 2015. The firm has written to the Group Managing Director of the Nigerian National Petroleum Corporation, Mele Kyari, demanding a five percent reward for exposing the diversion and theft. The stolen oil is expected to be worth $2.06 billion at the current price of global crude oil, $43 per barrel. According to the letter titled, ‘Formal Request for the Payment of five per cent Whistleblower Compensation For Information Furnished In Respect of Crude Oil Stolen from the Federal Republic of Nigeria’ written by Gboyega Oyewole, on behalf of the whistle-blower dated 23 July 2020, the GMD of the NNPC, Mele Kyari, the late Chief of Staff to President Buhari, Abba Kyari; and Umar Mohammed were all informed of the stolen crude and were expected to take action. A subsequent letter written to the President by the whistleblower, was, however, prevented from getting to him. According to the whistleblower, in October 2015, the stolen crude was moved from China without the knowledge of President Buhari and sold illegally by some government and NNPC officials with the proceeds not remitted to the government’s coffers. When the whistleblower pushed for the agreed five percent cut of the sale of the crude for exposing the theft, its officials were harassed and issued death threats. An NNPC spokesman, Kennie Obateru, said the state oil firm was aware of the accusation but would not respond now until the appropriate time when the firm’s position will be made public.

The Cable is reporting that Akinwumi Adesina, president of the Africa Development Bank, has been exonerated of all charges by the independent review panel led by Mary Robinson, former president of Ireland. Some whistleblower allegations of favouritism had been levelled against Adesina and although he had been cleared by the ethics committee of the bank, the US had requested for an independent investigation saying it was not satisfied with the report of the committee.

Nigeria will allow schools to reopen for pupils due to take graduation exams, a presidential aide said on Monday, reviving a plan dropped earlier this month due to rising cases of COVID-19. The country has reported 40,532 coronavirus infections including 858 deaths and the number of deaths has jumped from 460 since the schools’ plan was postponed on July 9. But in the last few weeks, domestic flights have resumed and a ban on interstate travel was lifted as authorities relax restrictions to open up the economy. “The federal government orders the re-opening schools for secondary school students in exit classes on August 4, 2020,” Bashir Ahmad, a presidential aide, tweeted. In the message, he said the move was made ahead of the start of the West African Examinations (WAEC) – a region-wide test for graduation from secondary school – on Aug. 17. A ministry of education statement included in the tweet said students would have two weeks to prepare for the exams. It said the decision was taken to reopen for students in “exit classes” following a meeting between the ministry, education officials from all 36 states and the Nigerian Union of Teachers.

The Presidency has rejected a call by the Senate, asking the FG to pull out of its power purchase agreement with Azura power plant and allow the company to pull $1.2 billion from the foreign reserves. The Presidency, in rejecting the call made by the legislature during its debate on the report of its committee on power last week said no investor could so cheaply pull any money out of the country’s foreign reserves. The Senate Committee on Power, in its report presented by its Chairman, Senator Gabriel Suswam, had described the agreement as a drain on the country’s treasury and called for its immediate termination. The power plant had signed the PPA with the FG in 2013 with a clause that the FG would “take or pay” for power generated as declared by Azura “whether or not it is taken by the government-owned transmission company.” Then on 21 August 2015, the FG signed partial risk guarantees with the World Bank to provide backing for the privately-owned Azura-Edo Power. PRGs are a suite of agreements — including the indemnity agreement that could trigger a sovereign default, support agreement and corporation agreement. The guarantees, which also cover a $237 million loan taken by Azura from various banks, have now placed enormous pressure on the country’s resources. Nigeria continues to pay $30 million to Azura monthly, even if it doesn’t have the capacity to take power from the plant. The get-out clause is $1.2 billion.

Daily Watch – SSA to shrink 3% on COVID-19 pressures, Discos rake in record revenue in Q1
Chart of the week: Military installations in Kaduna