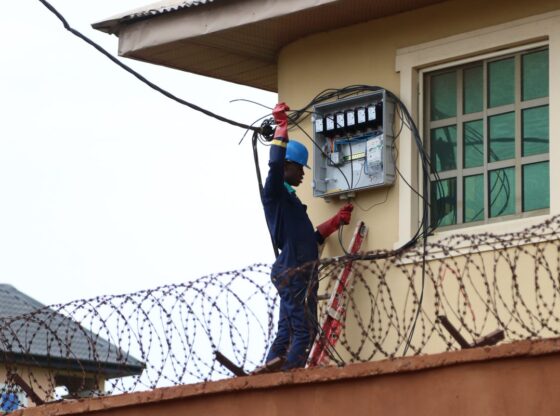 Power distribution companies in the country saw their revenue collection rise a record ₦127 billion in the first three months of the year. According to data from the Association of Nigerian Electricity Distributors, the energy billed by the Discos was 5,768 gigawatt-hours, equivalent to ₦187 billion, out of the 6,911 GWh it received in the period under review. ANED, an umbrella body for the Discos, said the collection in Q1 2020 reached a new record of ₦127 billion, 10 percent more than the same quarter last year. The energy sent out in Q1 2020 was much less than what was projected at the last minor review for 2020. Nigerian electricity supply industry has not solved critical issues such as the lack of spinning reserve, load misalignment, the energy firms added, with Discos and the Transmission Company of Nigeria interface issues, delays in the implementation of TCN´s expansion plan and lack of investment in Discos’ infrastructure. The Disco’s uncertainty on the energy to be received from the TCN has become a major threat, which is expected to hurt the core of their performance improvement plans as many of them are based on the basis of the projections done by the Nigerian Electricity Regulatory Commission at June’s Minor Review 2019, ANED said. It added that only three Discos; EKEDC, IBEDC and IE, received more energy than the same quarter of the previous year. On the other hand, several Discos received less energy. According to the group, the number of registered end-users in the industry keeps increasing at a rate of about 75,000 new customers per month, resulting in more than 9.5 million customers in total. Since 2015, there has been no significant improvement in the energy generated and wheeled by the TCN that is finally received by the Discos. It continues to be flat and is only mainly affected by a seasonal effect between the dry and rainy seasons, the association said.

Non-oil export earnings through banks rose to $1.21 billion in the first quarter of 2020, the Central Bank of Nigeria said in its first-quarter economic report, titled ‘Non-oil export earnings by exporters.’ The earnings represent an increase of 26.9 percent relative to the level in the preceding quarter, but a decrease of 77.6 percent relative to the level in the corresponding period of 2019. The development was attributed largely to the rise in the export receipts from manufactured products, driven by increased receipts from plastics, textiles, footwear, drugs and pharmaceutical products, wood products, metals and metal products, electrical and electronics, and other manufactured products. The proceeds from minerals, industrial and manufactured products, considering the sectoral analysis, rose by 107.6 percent, 46.4 percent and 42.5 percent to $7.12 million, $769.08 million and $130.55 million respectively, above the levels in the preceding quarter. The CBN report said that receipts from food products and the agricultural sector fell by 24.6 percent and 7.4 percent to $21.39 million and $284.23 million respectively below the levels in the preceding quarter. The decline in the food products sub-sector was attributed to the fall in receipts from wheat and fish. The shares of the various sectors in non-oil export proceeds showed industrial sector had 63.4 percent; agricultural products, 23.4 percent; manufactured products, 10.8 per cent; food products, 1.8 percent and minerals, 0.6 percent.

Sub-Saharan Africa’s economy will contract this year after restriction measures to curb the spread of the novel coronavirus disrupted economic productivity. The contract is certain with the daily cases of the pandemic still rising in the region. However, a recovery is expected in 2021, according to a Reuters’ poll. The survey suggested that the region will contract 3.1% in 2020 but bounce back to around 3.5% growth next year following months of lockdowns which have muted economic activities. Some countries in the region have begun relaxing restrictions but virus cases are still increasing, unlike in many developed countries that have started to show signs of recovery, so the uncertainty meant the range of forecasts for next year was wide – between flatlining and 4.8% growth. Nigeria, Africa’s biggest economy, is expected to contract 3.7% this year but bounce back to 2% growth next year. For South Africa, which has reported the most cases on the continent that has partly reflected more widespread testing, growth downgrades dominate in a region where external and fiscal buffers were already substantially eroded. Standard Chartered expects South Africa to grow 3.5% next year following an 8% contraction this year. Kenya – East Africa’s biggest economy – is expected to have a lacklustre performance this year with no growth, a poor outcome having averaged around 6% annual growth in the past decade. However, Ghana, one of the continent’s oil exporters, was still expected to grow, expanding 1.9% this year and 4.2% in 2021, according to Barclays. The UK bank also expects oil producers Angola and Gabon to contract this year, we expect Ghana to post positive GDP growth, Kafe said.

Somalia’s parliament ousted Prime Minister Hassan Ali Khaire in a no-confidence vote on Saturday following a simmering power struggle between him and the president. Lawmakers voted 170-8 to remove Khaire from office. Khaire, and President Mohamed Abdullahi Mohamed, have been tussling over whether to delay a national election due in February next year, with the prime minister insisting it go ahead and the president favouring postponement. The president’s allies have also accused Khaire of failing to stabilise the security situation. According to , the speaker of parliament Mohamed Mursal Sheikh Abdirahman, the government failed in its promise on the preparation of a clear plan for the one man, one vote election. His assertion referred to the first direct election since civil war erupted in 1991. The Horn-of-Africa country has been holding elections through representatives like elders in the past decade, due to insecurity caused by al Shabaab militants in most areas. Mohamed Abukar Islow, the internal security minister and a key ally of Khaire, accused the speaker and the president of plotting to remove the prime minister to extend their terms. “It is a dark day,” Islow said, terming the move unconstitutional due to the requirement that an election is held every four years. Khaire, a former oil company executive, was not immediately available for comment. President Mohamed, citing the need to preserve the unity of the various arms of government, said he had accepted the decision of lawmakers to remove Khaire. Rashid Abdi, an independent Horn of Africa analyst, said Khaire’s removal was inevitable because of differences with the president and the prime minister’s ambition to be president one day. Abdi told Reuters that what was surprising was the swiftness with which it was done. He added that there was no debate or negotiations.