The week ahead – Same old feeling 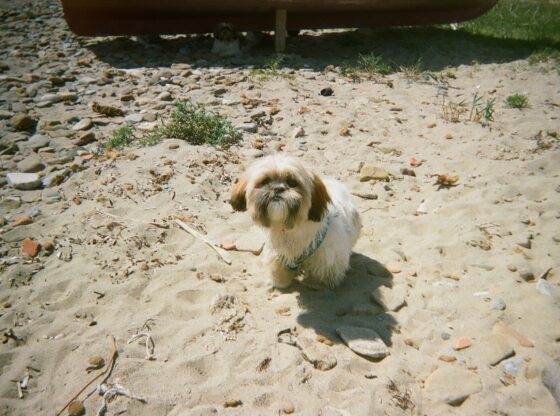 The Nigeria Labour Congress and the Trade Union Congress have dismissed the ruling of the National Industrial Court restraining them from going on strike from Monday. Justice Ibrahim Galadima of the industrial court in Abuja, on Thursday, issued an interim order restraining the unions from embarking on the strike following an ex-parte application filed by a group, Peace and Unity Ambassadors Association through their counsel, Sunusi Musa, and also granted an order of interim injunction restraining the unions from disrupting, restraining, picketing or preventing the workers or ordinary Nigerians from accessing their offices to carry out their legitimate duties on 28 September 2020 or any other date. The court also granted an order compelling the Inspector-General of Police and the Director-General, Department of State Services, to provide protection for workers engaged in their legitimate duties from any form of harassment, intimidation and bullying by the officers, agents or privies of the unions pending the hearing and determination of the motion on notice. Reacting to the court injunction, the NLC President, Ayuba Wabba, dismissed it, saying he had not been served, adding that the group that filed the suit was not his employers. Following the hike in electricity tariffs and fuel pump price, the government and the unions have met multiple times, but all attempts at dialogue have ended in deadlock following the failure of the government to reverse the price increase or offer palliatives to cushion the effects on the workers. A meeting between the FG and the unions ended in deadlock on Thursday evening.

India’s oil imports from Africa jumped to their highest in 10 months in August as refiners switched out more expensive crude from the Middle East, Reuters reported citing shipping data provided by trade sources. The world’s third-biggest oil importer shipped in about 3.95 million barrels per day (bpd) of oil in August, the highest volume since April, with African nations accounting for about 17.5%, or an eleven-month high of 688,000 bpd, the data showed. “Spot prices of west African oil versus Brent were down in the most part of July compared with June. That along with lower freight offered an opportunity to buy Nigerian oil,” said Ehsan Ul Haq, an analyst with Refinitiv. He said in order to raise revenue, Nigeria was supplying more oil in July than it pledged under a production cut agreement between OPEC and its allies, while Angola was scouting for a new market after the Chinese cut purchases. “And the new home was India.” An internal OPEC report showed Iraq and Nigeria were the least compliant over the May-July period. Higher intake of Nigerian and Venezuelan oil lifted the share of OPEC’s oil in India’s overall August imports to 77.6%, the highest since January, from 67.2% last month, the data showed. During the month, Iraq remained the top oil supplier to India followed by Saudi Arabia and the United Arab Emirates. Nigeria, which was the 8th largest supplier to India in July, rose to No. 4, pushing the U.S. to the fifth position.

Some UK lawmakers have penned a letter to the Commonwealth Secretary-General, Patricia Scotland QC alleging government inaction over widespread violence – especially the pastoral conflict – across Nigeria. The lawmakers including Caroline Cox, David Alton, Jin Shannon and Helena Kennedy, said thousands of civilians in the country had been killed and “elements of the Nigerian government may be complicit in the violence.” The letter read in part, “We write to highlight urgent concerns about escalating violence in Nigeria where attacks led by Boko Haram, Fulani herders and other Islamic militia continue in Northern and central-belt states with reports of increasing violence in the South-East.” The lawmakers said former Army Chief of Staff, Lieutenant General Theophilus Danjuma informed them that the armed forces are “not neutral” and “collude” in the “ethnic cleansing” by Fulani herders. “The state’s failure to protect its citizens is a clear breach of its obligations under the commonwealth charter in respect of human rights. There is now an urgent need (a) to ensure adequate protection and aid for those suffering the loss of family members and destruction of their homes and livelihood and (b) to end impunity by ensuring that complaints related to human rights violations are promptly, adequately and impartially investigated, and those responsible are held to account after fair trials,” the lawmakers concluded. Meanwhile, a traditional ruler in Foron District of Barkin Ladi Local Government Area of Plateau State, Bulus Chuwang Jang, has been killed by gunmen. The Chairman of the Berom Youth Moulders in neighbouring Heipang district in the LGA, Rwang Tengwong confirmed the incident and said, “We just lost one of our paramount rulers through an attack by gunmen. He is the Acting district head of Foron, Da Bulus Chuwang Jang. He was shot dead in the evening yesterday (Monday) by some gunmen around Shen community.” State police spokesman, Ubah Ogaba said the incident had been reported to the command. According to him, the State Commissioner of Police had deployed detectives in the Council Area to unravel the circumstances surrounding the killing of the monarch and apprehend those behind the act.

Nigeria’s oldest carrier, Aero Contractors will from September 1, 2020, begin shuttle services from Kaduna to Abuja in response to the yearnings of its customers, as travellers from the capital of the northern state have shunned travelling by road due to security threats. The airline said providing the shuttle had become necessary as business is picking up after COVID-19 lockdown, necessitating the increasing movement of people between the Federal Capital Territory and Kaduna. Aero said it will deploy its Bombardier Dash 8 aircraft and will fly from Kaduna to Abuja twice daily, in the morning and in the evening. Aero’s CEO, Captain Ado Sanusi said that the airline decided to respond to the call of its customers to introduce the shuttle service. “We studied the situation and realised that many Nigerians are no more travelling from Kaduna to Abuja by road due to security fears. We also realised that the train service cannot accommodate many people that would want to travel due to high demand; so we have decided to introduce this shuttle service. A flight with our Bombardier Dash 8 aircraft will take about 30 minutes to get to Abuja, which is against two hours by rail and the cost starts from ₦15, 000, which is really a giveaway.”