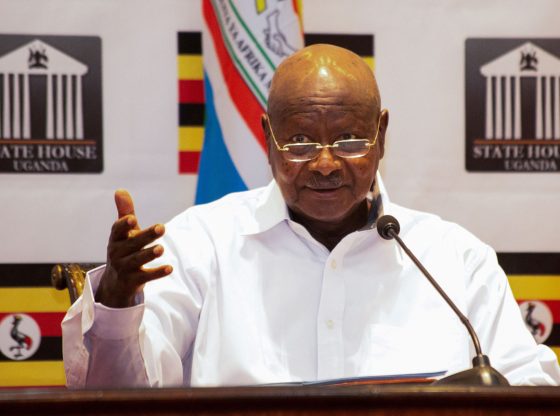 Retired soldiers barricaded the Ministry of Finance in Abuja on Wednesday over the non-payment of their pension arrears. They also demanded the inclusion of officers who fought in the civil war in the military pension scheme. The president of the Ex-servicemen and Family Welfare Association, Anthony Agbas, said the ex-servicemen want a stop on all deductions on the pensions of all retired medical officers. He also demanded the payment of the minimum wage arrears accruing to them since 2019. Mr Agbas delivered a letter to officials of the finance ministry while expressing the hope that their demands would be met without delay. He said, “We, veterans of the Nigerian armed forces, are appealing to the President to graciously approve the payment of the minimum wage arrears of pension (20 months), which was approved since April 2019. “The government should pay the retired officers and soldiers who are still alive security debarment allowances and not a selected few from November 2017 till date as was done by the Ministry of Defence.”

The FG spent a total of ₦6.46 trillion on debt servicing and workers in 2020, the Minister of Finance, Budget and National Planning, Zainab Ahmed, has said. She also said that the government released a total of ₦1.8 trillion for capital projects within the year. Ms Ahmed noted that out of this, up to ₦118.37 billion was released for COVID-19 capital expenditure. Ms Ahmed spoke virtually while presenting the 2021 FG approved budget. Providing updates on the 2020 budget implementation, the minister stated that as at year end 2020, the FG’s retained revenue was ₦3.94 trillion, about 73 percent of its target. She said the FG’s share of oil revenues was ₦1.52 trillion, representing 157 percent performance, over and above the prorated sum in the revised 2020 budget, while non-oil tax revenues totalled ₦1.28 trillion, or about 79 percent of revised target. On the expenditure side, she said ₦9.97 trillion was appropriated, excluding GOEs and project-tied loans, while ₦10.08 trillion representing 101 percent was spent. Ahmed said, “Of the expenditure, ₦3.27 trillion was for debt service and ₦3.19 trillion for personnel cost, including pensions. “As at year end 2020, ₦1.80 trillion had been released for capital expenditure, that is, about 89 percent of the provision for capital.” She said the Nigerian economy was becoming less dependent on oil, as contributions from the oil sector in funding the 2021 budget would be just 30 percent. Ms Ahmed said the bulk of the funding sources for the 2021 budget, 70 percent, would come from the non-oil sector.

A Muslim group based in Sokoto, Muslim Solidarity Forum, has called on the Bishop of the Sokoto Catholic Diocese, Bishop Matthew Kukah, to tender an unreserved apology to Muslims over his recent “malicious comments” against Islam or quietly and quickly leave the state. Acting chairman of the group, Professor Isa Muhammad Maishanu, said that Mr Kukah’s statements were capable of breaking the age-long peaceful coexistence among the religious faithful in the country. Professor Isa Muhammad said, “Our intention at Muslim Solidarity Forum is not to hold brief for the President, as he has those who are paid to do that; rather our concern is the image and reputation of Muslims, which Mr Kukah finds pleasure in attacking without an iota of caution, and by referring to him [the president] as a Muslim, that automatically brings all Muslims into the issue. Bishop Kukah had, in the Christmas message, accused Nigeria’s President of nepotism, saying there could have been a coup if a southerner and non-Muslim was President and had done a quarter of what Mr Buhari had done. But addressing newsmen, Kukah said: “If you call for a coup, it means it is something that is not here. It is something that will happen in the future. So is grammar. “So if I call for it, it means it is not ready. But if I say had it been so, so and so it would have, the tenses are completely different and I may be probably wrong, if you know better, let me know. “So it is unfair for any journalist or newspapers to say that I called for a military coup,” he stated.

Ugandans reported difficulties accessing the internet via mobile devices and wireless connections on Wednesday evening, a day before presidential and parliamentary elections. Internet monitor NetBlocks said on Twitter that Uganda was experiencing a nationwide internet blackout that came in at 7 p.m. (1600 GMT). “Real-time network data show national connectivity falling to 33% of ordinary levels as per government order in effect from 7 p.m.,” NetBlocks said. Ibrahim Bbossa, spokesman for the Uganda Communications Commission, did not respond to phone calls and messages requesting comment. The internet problems come a day after Uganda banned all social media and messaging apps ahead of the vote, which the president said was in retaliation for Facebook taking down some pro-government accounts.

Daily Watch – FG did not ‘make provision’ for subsidies, US says Al Qaeda has new home base in Iran
Video: A brief history of mass atrocities in Nigeria