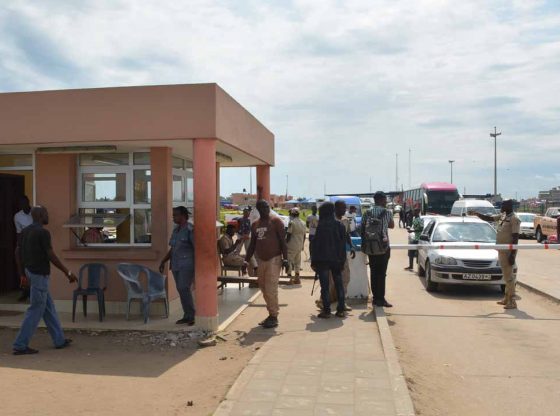 The Federal Bureau of Investigation ranked Nigeria 16th place and 2nd highest in Africa after South Africa in its 2020 International Victim Countries. The FBI disclosed this in its 2020 Internet Crime Report released this week. The top 20 countries ranked in the International Victim Countries include the United Kingdom, Canada, India, Greece, Australia, South Africa, France, Germany, Mexico, Brazil, Philippines, Italy, Spain, Netherlands, Nigeria, Pakistan, China, Colombia and Hong Kong. The FBI Deputy Director, Paul Abatte said criminals in 2020 “used phishing, spoofing, extortion, and various types of Internet-enabled fraud to target the most vulnerable in our society – medical workers searching for personal protective equipment, families looking for information about stimulus checks to help pay bills, and many others.” The Internet Crime Complaint Center (IC3), received a record number of complaints from the American public in 2020: 791,790, with reported losses exceeding $4.1 billion, a 69% increase in total complaints from 2019.

President Muhammadu Buhari, on Thursday, admitted that despite his administration’s recent closure of land borders, arms and ammunition continued flowing illegally. He attributed the problem to the situation in Libya, saying that once the country remains unstable, illegal arms and ammunition will continue to flow across the Sahel region. According to a statement by his Special Adviser on Media and Publicity, Femi Adesina, the President spoke at the Presidential Villa, Abuja while receiving in farewell audience the outgoing Special Representative of the United Nations Secretary-General and Head of the United Nations Office for West Africa and the Sahel, Mohammed Ibn Chambas. In a statement, Buhari was quoted as saying that “We closed our land borders here for more than a year, but arms and ammunition continued to flow illegally. “As far as Libya remains unstable, so will the problem remain. He described Chambas, who spent many years in Nigeria in different capacities, from ECOWAS to UN, as “more of a Nigerian than anything else.” He wished him well in his future endeavours.

Nigerian digital bank, Kuda Bank has raised $25 million in a Series A round to continue to provide a modern banking service for Africans and the African diaspora. According to a statement, the funding round was led by New York-based venture capital, Valar Ventures, with participation from existing investor Target Global, an international venture capital firm headquartered in Berlin, Germany and several other existing investors. This is the first time that Valar Ventures which has invested in a number of fintech startups, including N26, the UK’s Wise, and Mexico’s Albo has backed an African startup. Launched in 2019 and headquartered in Lagos and London, Kuda Bank currently provides services for consumers to save and spend money, and it has recently introduced overdrafts (essentially revolving credit for individuals). In December 2020, Kuda raised $10 million dollars in a seed round, the largest-ever seed round raised by a startup out of Africa. At the time of the seed round, Kuda had registered 300,000 customers: now, that figure has more than doubled to 650,000. The digital bank also has over one million downloads on the Android Play Store. The challenger bank has grown to provide B2C and B2B banking services to customers in Nigeria and processed over $2 billion in transactions in February 2021, up from $5.2 million in February 2020. This new fund will be used to speed up customer acquisition, expand leadership roles and build out new features including a new easy-to-use lending option that the company is currently trailing with select customers.

The African Union said on Thursday that African countries should continue to use AstraZeneca’s COVID-19 vaccine, echoing the World Health Organisation (WHO) by saying the shot’s benefits outweigh risks. The recommendation comes after more than a dozen European countries suspended the use of the AstraZeneca vaccine amid concerns over the risk of blood clots. Africa has lagged wealthier parts of the world in vaccinations, with many countries on the continent using free AstraZeneca shots distributed by a global scheme co-led by the WHO to kick-start immunisation campaigns. John Nkengasong, director of the Africa Centre for Disease Control and Prevention, told a news conference the “benefits still outweigh the risks” and countries should “move forward”. The head of the disease control body added that any adverse reactions should be monitored and reported. “I encourage countries…to continue with their vaccination campaigns and not to pause, as we are in a race against time,” the WHO’s Africa director Matshidiso Moeti told a separate briefing. “The more people are protected, the less likelihood of mutations producing more dangerous variants of the virus.” AstraZeneca said on Sunday that a review of safety data of more than 17 million people in the United Kingdom and European Union who had been given its vaccine had shown no evidence of an increased risk of blood clots. In Africa, the Democratic Republic of Congo has delayed the rollout of AstraZeneca’s shot, citing the suspensions in Europe. But other countries are forging ahead. Angolan Health Minister Silvia Lutucuta said on Thursday her country had not recorded any serious side-effects from AstraZeneca’s vaccine so far. She said doses shipped to Angola were from a different batch to ones distributed in Europe. Muluken Yohannes, a senior adviser to Ethiopia’s health ministry, said the government there would continue using the AstraZeneca shot.

Chart of the week: Protests in Africa
The week ahead – See finish