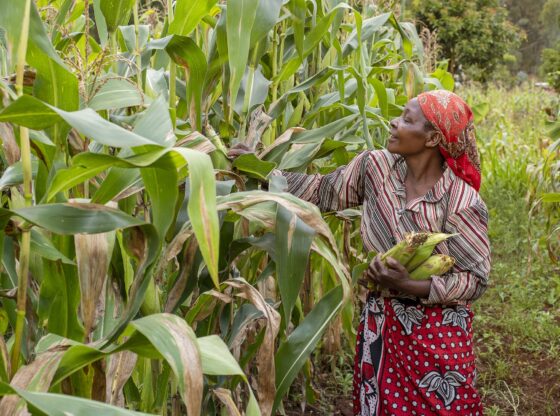 The National Association of Liquefied Petroleum Gas Marketers (NALPGAM), marketers of cooking gas in Nigeria, have warned that the continuous rise in the price of the product may escalate before December. NALPGAM executive secretary, Bassey Essien, said if the newly introduced 7.5 percent VAT on cooking gas was not addressed urgently by the FG, the refilling price for a 12.5kg gas cylinder might hit ₦10,000 before December. The price of a cooking gas refilling unit has continued to skyrocket, a trajectory that started late 2020, with the price of the energy source rising by over 100 percent. As at last weekend, the refilling price for a 12.5kg gas cylinder was between ₦7,000 and ₦8,000 as against ₦3,400 sold as of December 2020. Analysts and industry players have attributed the price hike to the forces of demand and supply including inflation, foreign exchange (dollar) scarcity, in-country supply deficit, the 7.5 percent VAT and other sundry agency charges as well as the rising price of crude oil. However, Mr Essien noted that early in the year, a 20-metric ton of gas was selling for below ₦5 million but that same tonnage now sells for ₦10.2 million. “As long as there is that supply shortage, the available quantity and the dynamics of supply-demand will keep pushing the price higher. If government does not address the recently introduced import charges and VAT, the price of cooking gas may as well reach ₦10,000 for a 12.5kg cylinder. Today the price has risen to ₦7,500 and ₦8,000,” he said. He lamented that more Nigerians were being forced to return to coal, sawdust, kerosene, and other dirty fuels, a situation he said, has severe health and environmental implications, and as well, resulting to loss of patronage and profitability in their businesses.

Nigeria has granted environmental approval for evaluation and open cultivation of TELA Maize, a new maize variety developed by researchers at the Institute for Agricultural Research, Ahmadu Bello University, Zaria, that resists fall armyworm, stem borers, and tolerate moderate drought. The government’s decision was contained in a certificate issued to IAR by the National Biosafety Management Agency (NBMA), the federal agency mandated to regulate genetically modified products in the country. The Certificate dated 8 October 2021, with permit code no. NBMA/CM/003, was issued to IAR for General\Commercial Release of TELA Maize Genetically Modified for Drought Tolerance, Resistance to Stem Borer and Fall Armyworm. It comes into effect from 8 October 2021 to 5 October 2024. A decision document accompanying the certificate from NBMA said that in arriving at the decision to grant the permit, the agency took into consideration the advice of the National Biosafety Committee, the National Biosafety Technical Sub-Committee, and the risk management report provided by the applicant. “The Agency was convinced that there are no known adverse impacts to the conservation and sustainable use of biodiversity, taking into account risk to human health. The permit, pursuant to this decision, is without prejudice to other extant legal requirements. This permit authorises the permit holder and persons covered by the permit to commercialise the TELA Maize genetically modified for drought tolerance and insect resistance,” the decision document from the NBMA stated.

The All Progressive Congress (APC) in Kano has directed that all contestants into elective offices are to be subjected to a mandatory drug test ahead of state congresses scheduled for 16 October 16. The state information commissioner, Malam Muhammad Garba, who disclosed this in a statement, said all contestants are to visit the state office of the National Drug Law Enforcement Agency (NDLEA) by 7 am, commencing from 12 October to the day of the closing of the screening exercise for the test. Garba, who said the decision was part of government policy to rid Kano of illicit substances, warned that no contestant would be screened without undergoing the mandatory drug test. He said similar tests were carried out for contestants in local government elections, as well as political appointees, including members of the state executive council before offering them portfolios. Garba said during the conduct of similar tests on contestants for the local government election, at least 13 councillorship candidates were disqualified and replaced based on reports by the NDLEA after they tested positive for drugs.

Mozambique’s police said on Monday that they had killed the commander of an armed wing of a breakaway faction of the main opposition group Renamo. The government claims that the armed group, called Renamo military junta, is responsible for several attacks and killings of civilians, plundering of property, looting and arson in the central part of the impoverished country in the last few years. Mariano Nyongo, the leader of Renamo military junta, was killed early in the morning in fighting between the Defence and Security Forces (FDS) and the insurgents in Sofala province, General Commander of Police Bernardino Rafael said. At around 0730 local time the FDS in patrol operations clashed with the military junta which was being led by Nyongo, Reuters quoted Rafael as saying. “The FDS did everything to neutralize Nyongo alive so that he could answer for his actions in court. Unfortunately they were the first to attack the FDS patrol,” he said. The attacks by the splinter group have hobbled a peace treaty and disarmament process initiated after President Filipe Nyusi of the ruling party Frelimo signed a ceasefire with Renamo in 2019.