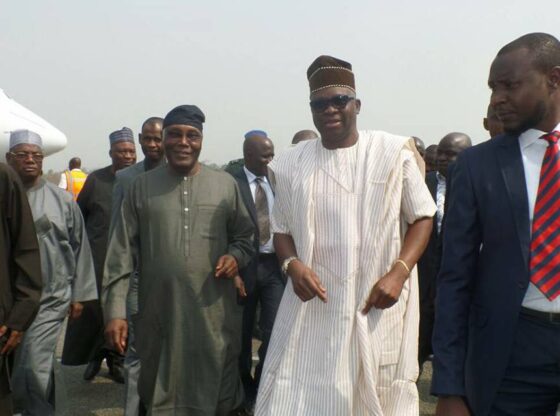 The House of Representatives has resolved to investigate payments for subsidies on petroleum products primarily petrol under President Muhammadu Buhari. Speaker of the House, Femi Gbajabiamila, is to set up an ‘Ad Hoc Committee to Investigate the Petroleum Products Subsidy regime from 2017 to 2021,’ which is to report back to the House within eight weeks for further legislative action. The probe is based on a motion titled ‘Need to Investigate the Petroleum Products Subsidy Regime in Nigeria from 2017 to 2021,’ which a member of the House, Sergius Ogun, moved at the plenary on Wednesday and the lawmakers unanimously adopted. Ogun noted that Section 88 (1) and (2) of the 1999 Constitution empowers the National Assembly to conduct investigations into the activities of any authority executing or administering laws made by the National Assembly. The lawmaker said as of 2002, the Nigerian National Petroleum Corporation’s (NNPC) purchase of crude oil at international market prices stood at 445,000 barrels per day in order to enable it to provide petroleum products for local consumption. The lawmaker pointed out that the component costs in the petroleum products subsidy value chain claimed by the NNPC is “highly over-bloated,” while the transfer pump price per litre used by the NNPC in relation to the Petroleum Products Marketing Company (PPMC) is under-quoted as ₦123-₦128, instead of ₦162-₦165, “and this fraudulent under-reporting of ₦37-₦39 per litre translates into over ₦70 billion a month or ₦840 billion a year”.

Former Governor of Ekiti State, Ayodele Fayose on Wednesday denounced the presidential flag bearer of the People’s Democratic Party for the 2023 general election, Atiku Abubakar. Fayose insisted that it is the turn of the South to produce the next president after the expiration of President Muhammadu Buhari’s eight years in office, in the spirit of equity, fairness and justice. The former governor disclosed this in a statement via his verified Twitter handle, and argued that section 3(c) of the PDP constitution provides for a rotational presidency. Fayose, who didn’t mention the party and candidate he would be supporting in the 2023 general election among the array of presidential candidates from the South, urged Nigerians to await the details soonest. He tweeted: ”The PDP Constitution provides for a rotational Presidency. Section 3(c) provides that the Party shall pursue its aims & objectives by “adhering to the policy of the rotation & zoning of Party & Public elective offices in pursuance of the principle of equity, justice and fairness.” “The current President of Nigeria is a 2-term Northern Presidency, thus implying that it MUST be a Southern Presidency in 2023 or NOTHING. Awa ‘South’ lo kan’. Nigerians should await details soon,” he said.

One of the passengers of the Kaduna-bound train that was attacked by terrorists in March has been shot in captivity. Daily Trust reported that a negotiator with terrorists disclosed the shooting of a passenger named Mohammed Al’amin. “I can confirm to you that the said passenger has been shot and the information is credible,” Tukur Mamu, a publisher negotiating with terrorists said. While the government’s plans to rescue the abductees are unknown, Mamu suggests that the shooting of the passenger was to send a message to the Nigerian government. Al’amin, according to Mamu, is currently in a critical condition. Mamu said President Muhammadu Buhari must be prepared to take full responsibility if his government fails to act on time and push the terrorists to the extreme even though there has been communication.

Demonstrators in Ghana’s capital have gathered for a second day of protests against spiralling inflation and other economic woes after the first day ended in clashes with police and 29 arrests. Hundreds had taken to the streets on Tuesday to join an authorised two-day protest led by local lobby group “Arise Ghana” to denounce economic hardships, price hikes, a tax on electronic payments and other levies amid an economic downturn. Wednesday’s protests kicked off at about noon GMT amid a heavy police presence. On Tuesday, Police responded with teargas, rubber bullets and hot water when the crowd veered off the proposed route, saying it was different to a previously agreed route. The police said they were forced to use teargas and water cannons to restore order after demonstrators threw stones and burnt tires on the road. Twelve officers were injured and some police vehicles damaged, they said in a statement, adding that protesters failed to follow “court-approved routes”. A senior member of the local “Arise Ghana” lobby group that organised the protest, Sammy Gyamfi, said that the police agreed to provide security for demonstrations on the second day.